Short play IT'S A CLASSIC will have it's Hollywood premiere at Broadwater Theaters in March 2020! And it's also a semi-finalist at Rover Dramawerks in Texas!

THE WATER KING has been nominated for Best Romantic Comedy Screenplay at Atlanta Comedy Film Festival!

THE WATER KING is officially nominated for Best Unproduced Screenplay at the International Film Festival of Wales!

Happy to report that Seph's dark comedy short script THE CLOWN has been picked up by the talented stop-motion filmmaker, Laura Lewis-Barr! For more of her work, take a look: https://inspirareproductions.blogspot.com/ 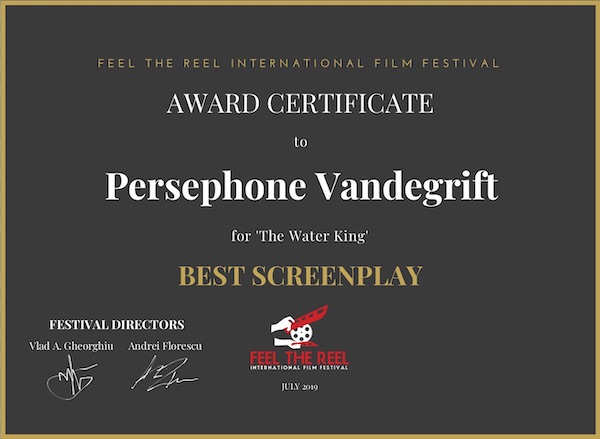 ROSEHIP: A VERY CURIOUS FAIRY print version has been released! With bonus coloring pages! Check out THE VERY FAIRY SERIES and pick up a copy of Rosehip - a wonderful, uplifting, humorous bedtime story for everyone! 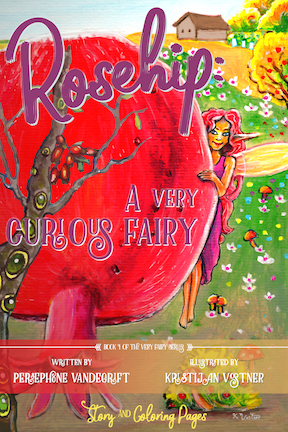 DEATH OF A MORTAL WOMAN screenplay - biopic on Agrippina the Elder (Caligula's mother) finished as a SEMI-FINALIST in New Zealand's Festival of Ancient Futures. 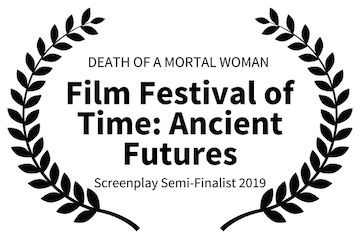 Seph's poem "Of Heart, Sea, Salt, and Blood" will be included in Stormy Island Publishing's SEA GLASS HEARTS poetry anthology! Check it out on Amazon! 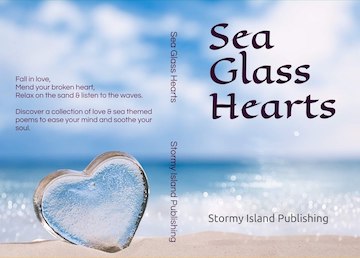 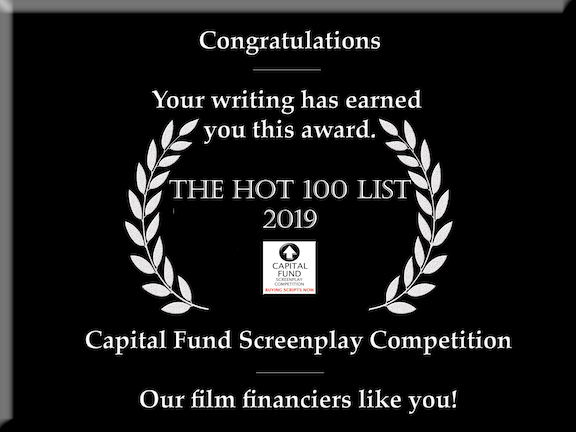 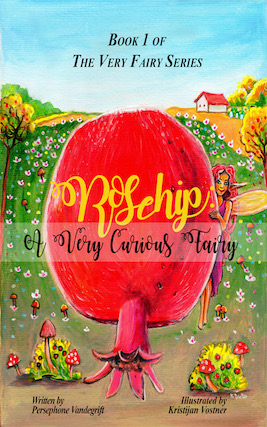 We are excited to announce that award-winning director/producer, George Mendeluk, has come on board THE WATER KING!  With over 45 years in the Film & TV industry with such credits as Miami Vice, The Young Riders, Highlander: The Raven, and Bitter Harvest, we are very lucky to have him!

We are looking forward to launching the 1st book in The Very Fairy series, ROSEHIP: A VERY CURIOUS FAIRY. Like fairytales? Like quirky fairies with personality? Want to see some amazingly beautifully illustrated books about quirky fairies?

Short script IN THE STARS reached the Semi-Finals of UK's Sunday Shorts Film and Screenplay Festival! 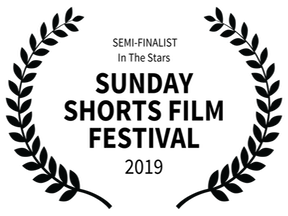 Seph's short play 'Morna' will have its Oregon debut in March 2019 at the Now You're Talking one act festival in Sisters, Oregon! 'Morna' explores what it means to be human in this technologically obsessed world.

Seph's YA Adventure/Fantasy script, THE SECRET OF BANRION WOOD, was awarded a TOP 100 (reached #16) screenplay in Capital Fund's 2018 screenplay contest! The script will now be sent out to a list of interested investors!

DEATH OF A MORTAL WOMAN screenplay placed in the TOP 5 of The Film 'Fempire' Screenwriting contest!

Seph's play, REVENGE AND SORROW IN THEBES, is a Finalist in the Cannes Screenplay Contest (stageplay). This is the 1st contest and 1st award for the play. RVST is inspired by The Bacchae of Euripides. THE SECRET OF BANRION WOOD is an official selection for the BLOCKBUSTER category at the 2017 Oaxaca Film Festival! THE SECRET OF BANRION WOOD has made it into the QF's of WRITE MOVIES Spring 2017 contest!

THE MAP has won the Best Technique award at The Monkey Bread Tree Film Awards in London! The Secret Of Banrion Wood was runner up in Best Genre! Seph is working on a new feature - BOUDICCA - heroine of Roman Britain.

THE WATER KING screenplay was a Finalist in Glasgow's TMFF festival, and a Semifinalist in Bucharest ShortCut Cinema screenplay contest.

Seph's Family-Friendly screenplay, THE SECRET OF BANRION WOOD, is a Finalist (1 of 3) in the Family/Animation category of the 2017 Nashville Film Festival Screenwriting contest!

Seph's three scripts, IN THE STARS (short), THE WATER KING (feature), and DEATH OF A MORTAL WOMAN (feature) are currently in the Semi-Finals of the SACRAMENTO INTERNATIONAL FILM FESTIVAL. The finish has earned her an invite to the American Screenwriters Conference in April!

It's been a whirlwind month for Seph's screenplays. New short script IN THE STARS has been accepted into Los Angeles Cinefest! Finalists announced mid-October!

Another award for THE WATER KING screenplay! DEATH OF A MORTAL WOMAN is an Official Selection of 2016 True Stories Screenwriting contest. Seph's historical biopic feature on Agrippina the Elder, DEATH OF A MORTAL WOMAN, is one of 4 finalists in WRITE MOVIES 1st UK screenwriting competition.

Congrats to overall winner Phillip Ramati, and runner-ups Mark Flood for BITING THE BULLET, Nicholas Horwood for THE DENMARK, and Persephone Vandegrift for DEATH OF A MORTAL WOMAN.

Via Write Movies: "These scripts that ran MADAME CAVELL right down to the wire and could have been winners in their own right: though we never promised this originally, we may choose to offer a year of free script development on these scripts to all of those finalists too."﻿

THE FURIES website has been updated and things are moving forward for us at a fast, fast pace! Check it out!

Persephone's  insight into writing about women in ancient history "FINDING AGRIPPINA" - is a behind the scenes look at how the accidental discovery of Agrippina the Elder's story changed her life. Now a multi award-winning screenplay, DEATH OF A MORTAL WOMAN, is also being adapted for a miniseries and documentary.

THE WATER KING has been awarded a TOP 100 scripts of 2015 Emerging Screenwriters Contest.

ALL THINGS HIDDEN is thrilled to receive a 'Special Mention' at the I Filmmaker Film Festival in Spain. The festival runs Dec 4th-8th. Out of 1200 films, 100 were chosen to screen and 300 for Special Mentions. A few months back I was asked to co-write feature mythological thriller THE FURIES with Dave Thompson, who will also be directing. We are in the midst of development funding but meanwhile you can learn more about the short film version of THE FURIES which screened at Cannes back in September - for more info ---> The Furies FB

DEATH OF A MORTAL WOMAN reached the SF's of PAGE and is in consideration for the Finals!

THE WATER KING is currently making the rounds as it continues on its quest for a director. Lots of great feedback for the story from everyone!

Screenplay for THE WATER KING - dram/rom/com/supernatural has also reached the quarterfinals of PAGE!

MYTHFEST - a one-act production comprised of 3 new plays based on women in classical mythology will be part of the SEATTLE FRINGE FESTIVAL 2014. It will be quickly followed by another remount at Pocket Theater in Seattle on Sept 28th. Created by Seattle writers Persephone Vandegrift, Carolynne Wilcox, and Machelle Allman, Mythfest explores the infinite impact of myth on our contemporary lives by addressing issues such as the media's obsession with women's appearance (LETTER FROM HELEN), the politics of war (HIPPOLYTA), and how sometimes we are at the mercy of the whim of Fate (FATE DEMANDS IT) Directed by Rebecca Goldberg and introducing Mythfest musical muse, Abi Grace.

Please check out our website for more information about MYTHFEST  ->

You can watch the film online via our www.allthingshidden.com or

More excellent news! Other short film ALL THINGS HIDDEN is a Director's Choice for Lagniappe Film and Music Festival in Beaumont Texas. We screen May 10th at Best Buy Theater at 1130 am - Texas time! www.thelagniappefestival.com We are THRILLED to have our 2nd short film THE LAST LIGHT as an Official Selection for American Online Film Awards Spring Festival! The festival runs May 1st-14th. WONDERFUL NEWS! ALL THINGS HIDDEN is an Official Selection at the First Glance Festival in LA, CA April  4th-6th